The web edition of Pen features an interview of Kangawa and his solo exhibition at the Museum of Contemporary Art Tokyo, “EUGENE STUDIO: After the rainbow”.

"Pen" (Web edition) features "EUGENE STUDIO After the rainbow," a solo exhibition at the Museum of Contemporary Art Tokyo, which will open in November 2021.

Interview with Eugene Kangawa, Artist｜At the end of toil, expression beyond the imagination is born (Creative Challengers #62)

"... "The Japanese understand the power of the sea very well. At first, we wondered if we could pull up the Tokyo Bay seafloor as is and bring it to the museum. However, that would only allow us to see the seafloor as it is now, and nothing would come of it. So, we decided to create an imaginary sea here. In other words, the Japanese title of this exhibition Atarashii umi, meaning “A new sea,” expressed in "Critical" is not a real sea, but an imaginary sea. We created a mirror in the vertical atrium space, from which we created an endless ocean and an endless horizon."

"... 'We will spend a tremendous amount of time doing reconstruction work in a city that was destroyed by the earthquake. Eastern Japan is still in the process of reconstruction, but through the accumulation of work, one day we should be able to create a completely different city from the pile of rubble. Through the disaster, we should know that there is something that can be seen at the end of a kind of "futile work" even if we do not know the right answer. We continue to work with the belief that there is a horizon that can be seen by continuing to do so.'"

When something beyond one's imagination is created, it triggers new imagination in others. Eugene Kangawa continues to ask questions through his art. ..." 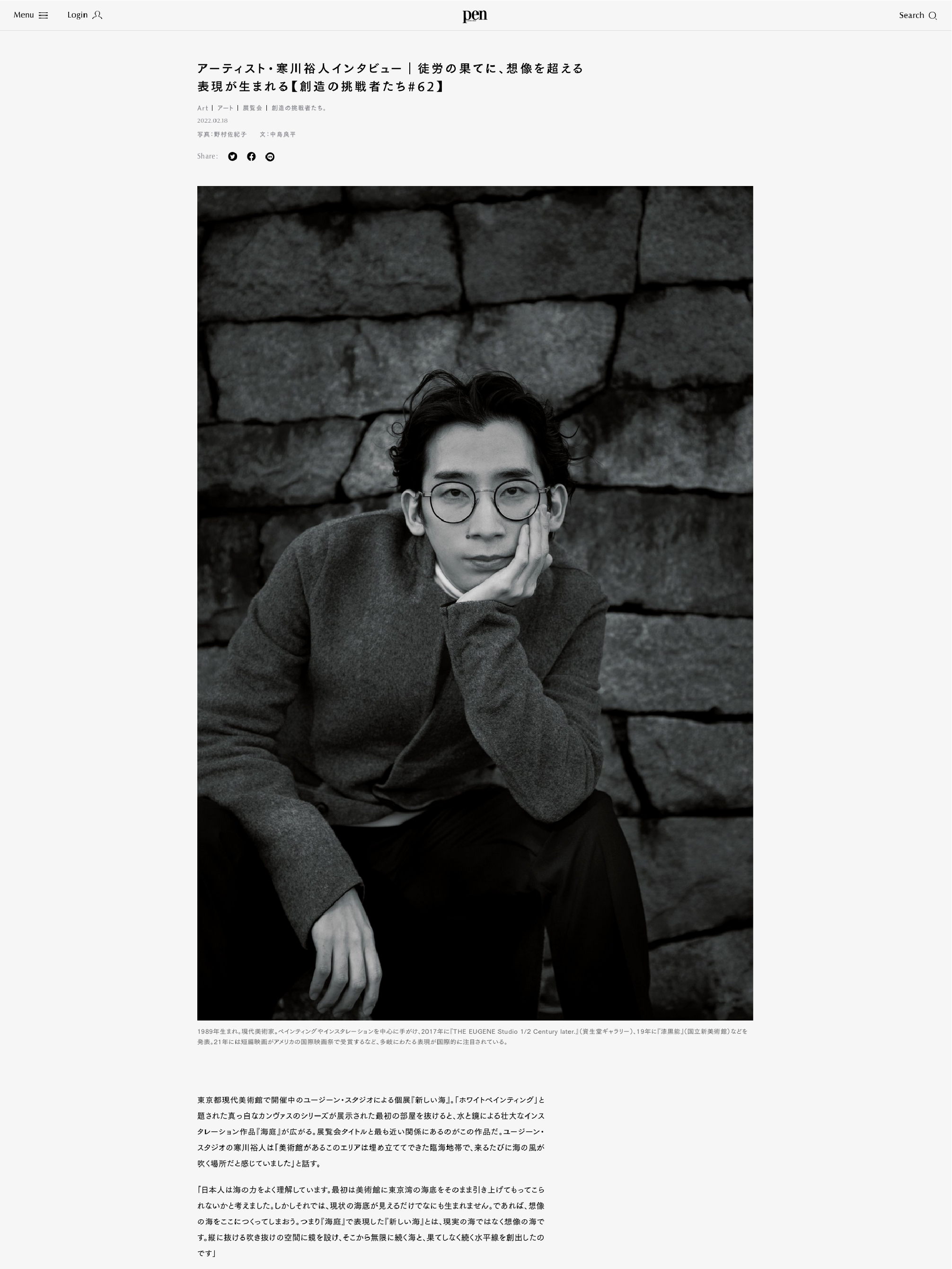