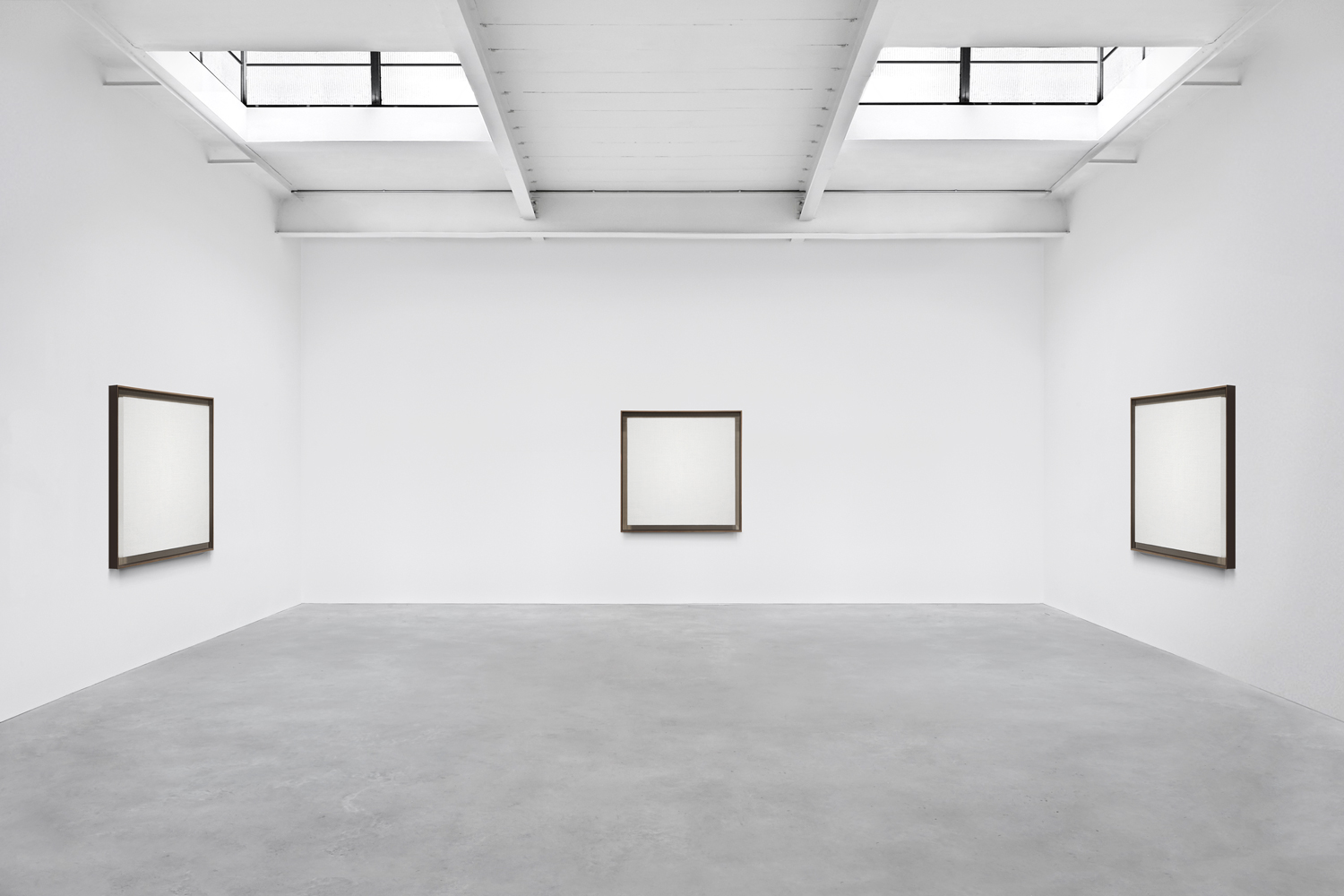 “The canvas in the exhibit has no trace of paint or ink on it; however, it is impressed with the kisses of about 100 people. This work, which consists of asking randomly selected people around town– or by people in the specific community– to plant a kiss on the canvas, has been carried out in the USA, Mexico, Italy, Taiwan, Spain, and more, and the total kiss count has exceeded 600. This practice appears to be in stark contrast to the current divisiveness on a large, global scale, for instance the state, religion, ethnicity, and organization, as evidenced by Brexit, border walls, and refugee issues. It hints of the great promise of solidarity and reconstruction of globalization which is different from globalization, made possible only by small units of communities.
‘White Painting’ is a general title of this series, but each pieces is titled with the row of names of people who kiss on it.”

(Expert from handout of “THE EUGENE Studio 1/2 Century later.”(Shiseido Galley))

But what does it mean to go in the other direction–from Rodchenko to Malevich? Or perhaps better still, to linger on the border between the two, thereby rendering painting’s transcendental promises as transportive and projected, as staunchly material and emerging from an affectively constituted network? These questions inform the complexity of THE EUGENE Studio’s White Painting (2017)–a trio of white, seemingly simple monochromes.

Such is also the love at the heart of THE EUGENE Studio’s White Painting trinity, which points through the modernist icon to the Web while resituating painting as a token of collective faith and individual affection. Unlike the ironic strains of conceptual art, zombie devaluations and more conservative abstraction that seeks a return to modernism’s former grandeur, here the love-faith dyad associated with painting is not degraded cynically nor is it mystified as a cipher of the ineffable.

Malevich’s “Black Square” consists of various elements amenable to aesthetic interpretation gathered together on the canvas (material medium) itself, while by contrast, in “White Painting,” the canvas (material medium), accompanied by elements external to the medium itself, provides the key to linking this work to the everyday of the real world. …The contemporary relevance of “White Painting” can be said to be in its nature of having direct connections to the world outside the “painting” (i.e. the everyday nature of the real-life world).

By Kenichiro Ito (Shiseido Gallery curator) in “Toward the Connected ‘Art’“

If we are “sensitive enough” – if we were able to perceive the saliva, DNA, viruses, motes, tiny asperities, scratches, and the like adhering to “White Painting,” then would not our perception of the world outside “White Painting” be one of horrific chaos? In the contemporary social environment in which everything becomes increasingly high resolution (and in reaction/self-defense, the increasingly acutely low resolution of perception), the conditions for laying the basis for the work “White Painting” can be said to connote a question which is contemporary in the extreme.

By Arata Hasegawa in “‘1/2 Century Later.’ – In the case of conceptual art”

somewhere, somebody become a star.

Beyond good and evil, make way toward the wasteland.