A installation accompanied by a research and curation on agriculture, biotechnology and a new garden city. In the 800m2 venue, various objects of the new material and food were exhibited. Columbia University and University of Cambridge cooperated in the research and farmers, Wired, OMA NY, and more intellectual participated in the conference. In the center of Shonai, Yamagata prefecture, with a long history of agriculture and a landscape of satoyama, we established a place growing organically. 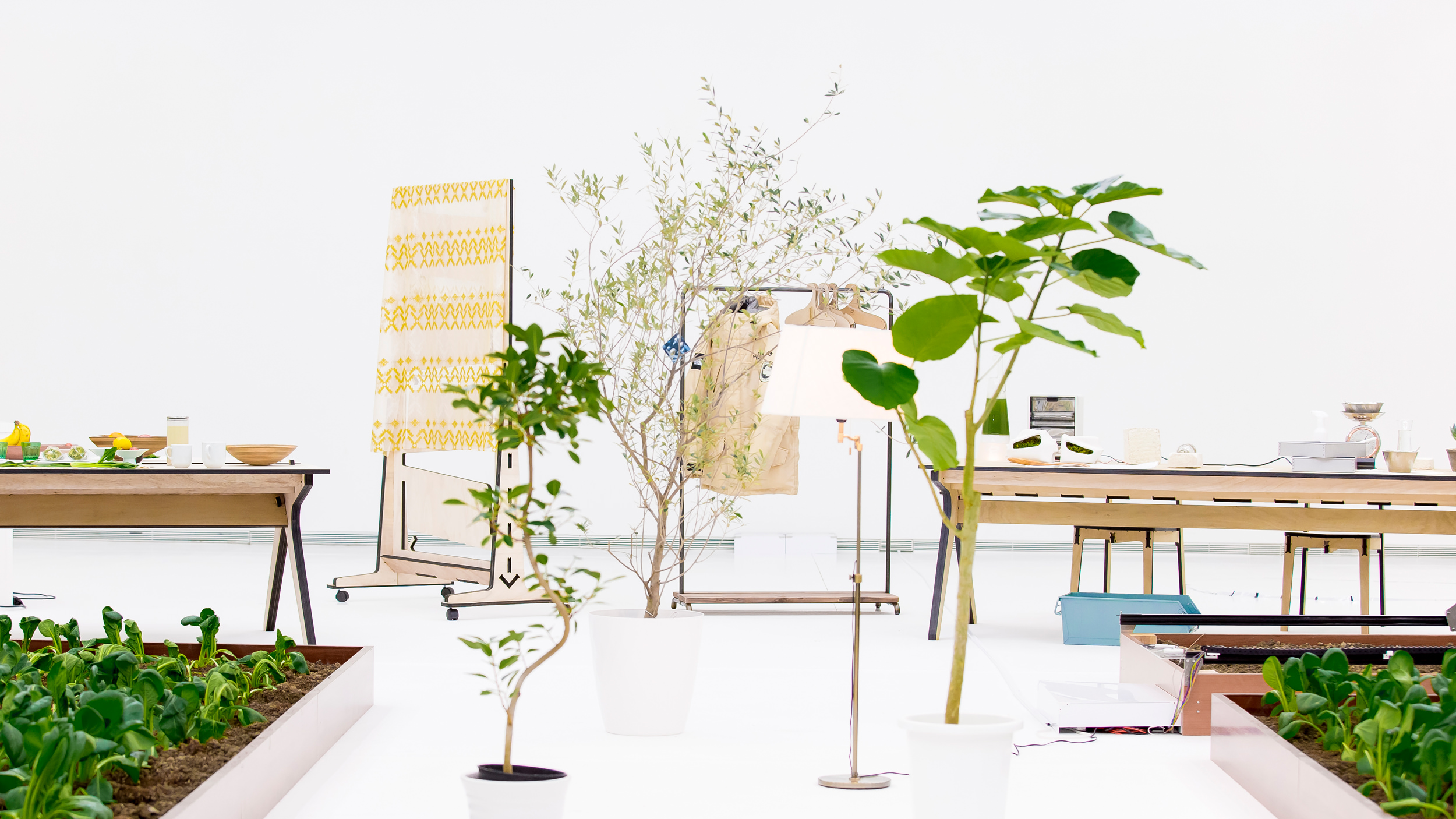 “In this exhibition, viewers can see the drawings upon which those endeavors were based. These drawings reveal landscapes which, while not greatly different from what they are now. “Model Room” is a set of four line drawings of a comfortable, peaceful life in a room with clothes and furniture made with new materials. 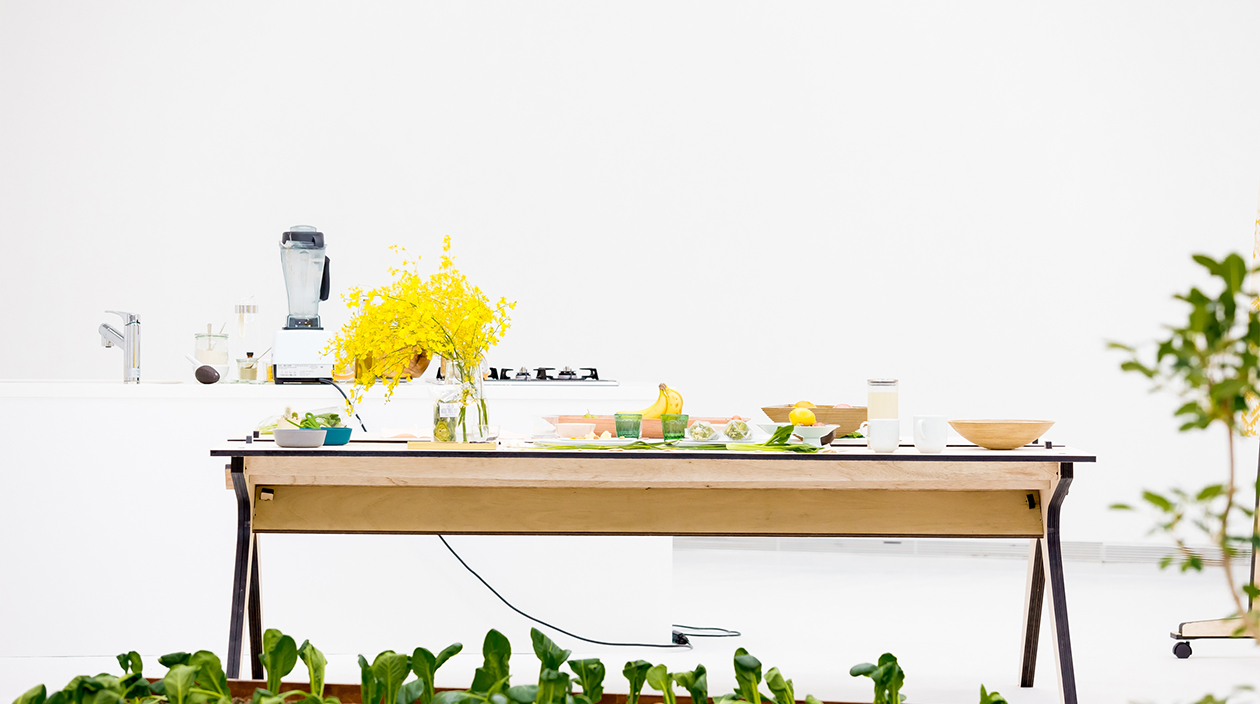 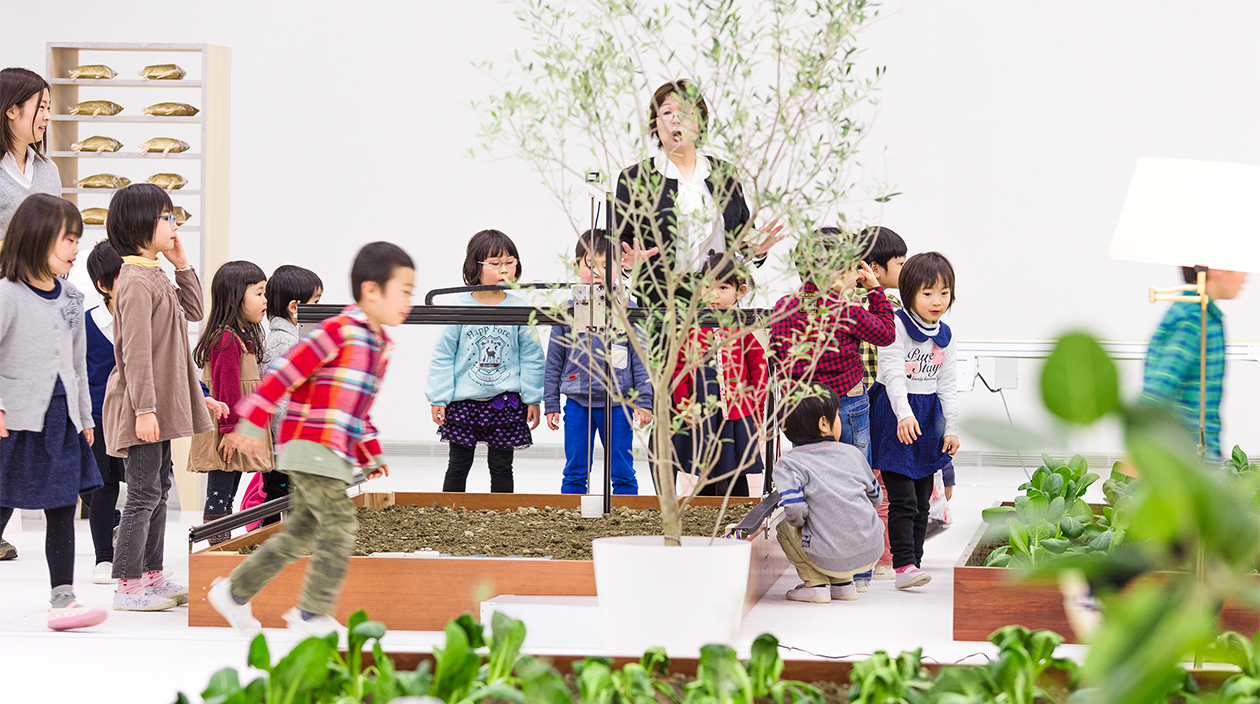 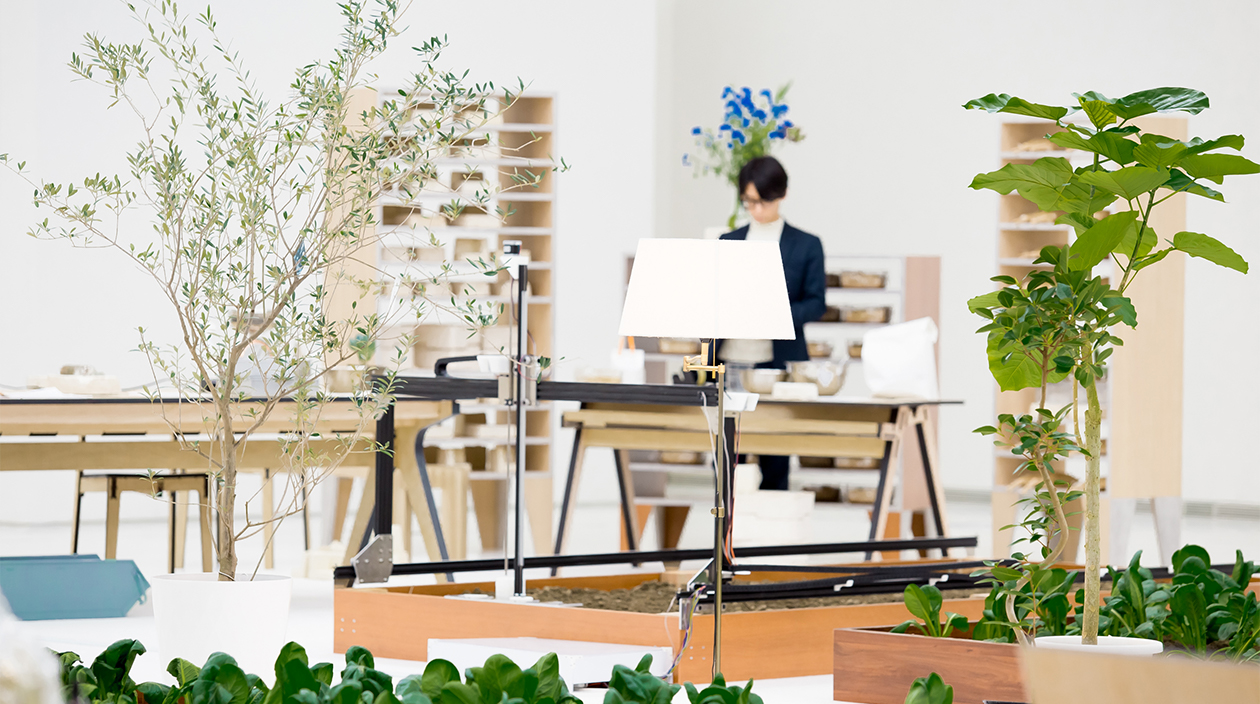 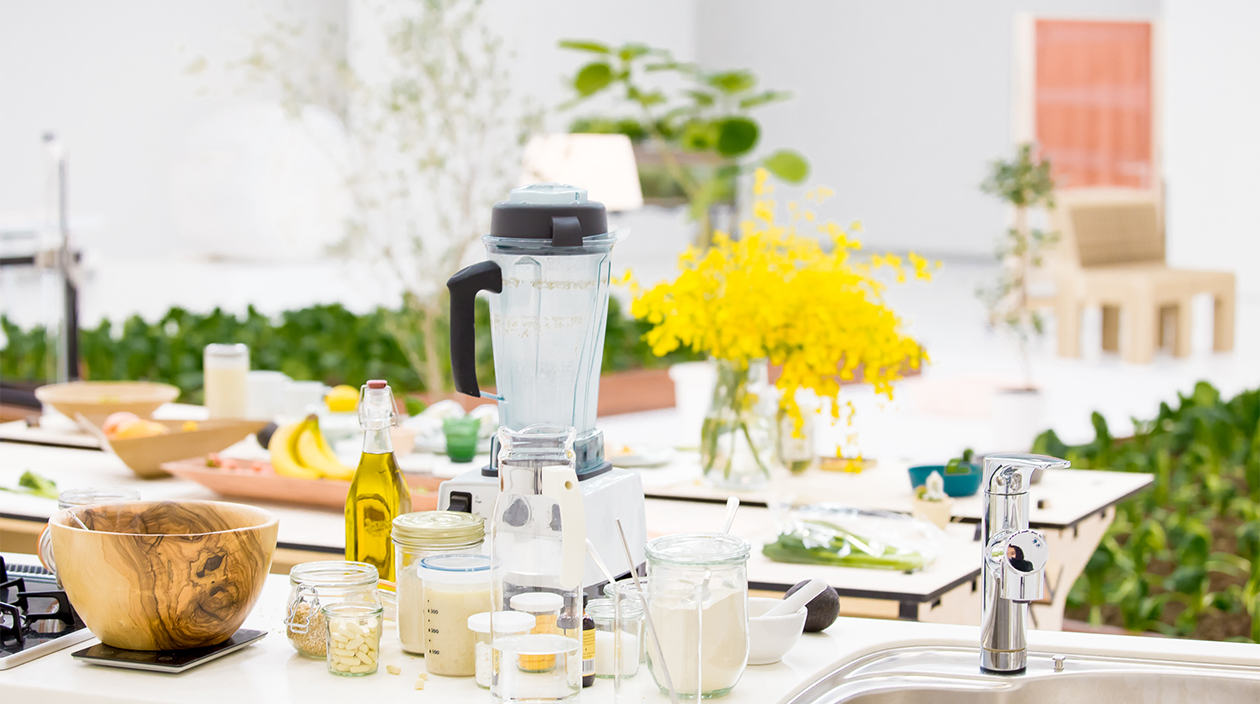 Much of the furniture and clothing shown here feature new materials actually collected through research. Here and there are motifs relating to agricultural mythology – the olive, which was an important oil crop from ancient times, and the rubber tree which, after processing, was considered a “new material” later on in Europe.These can be described as a comfortable and modest future which is different from dystopian technology. The “model” finely etched onto copperplate, can be seen faintly on the other side of the copper reflection.” 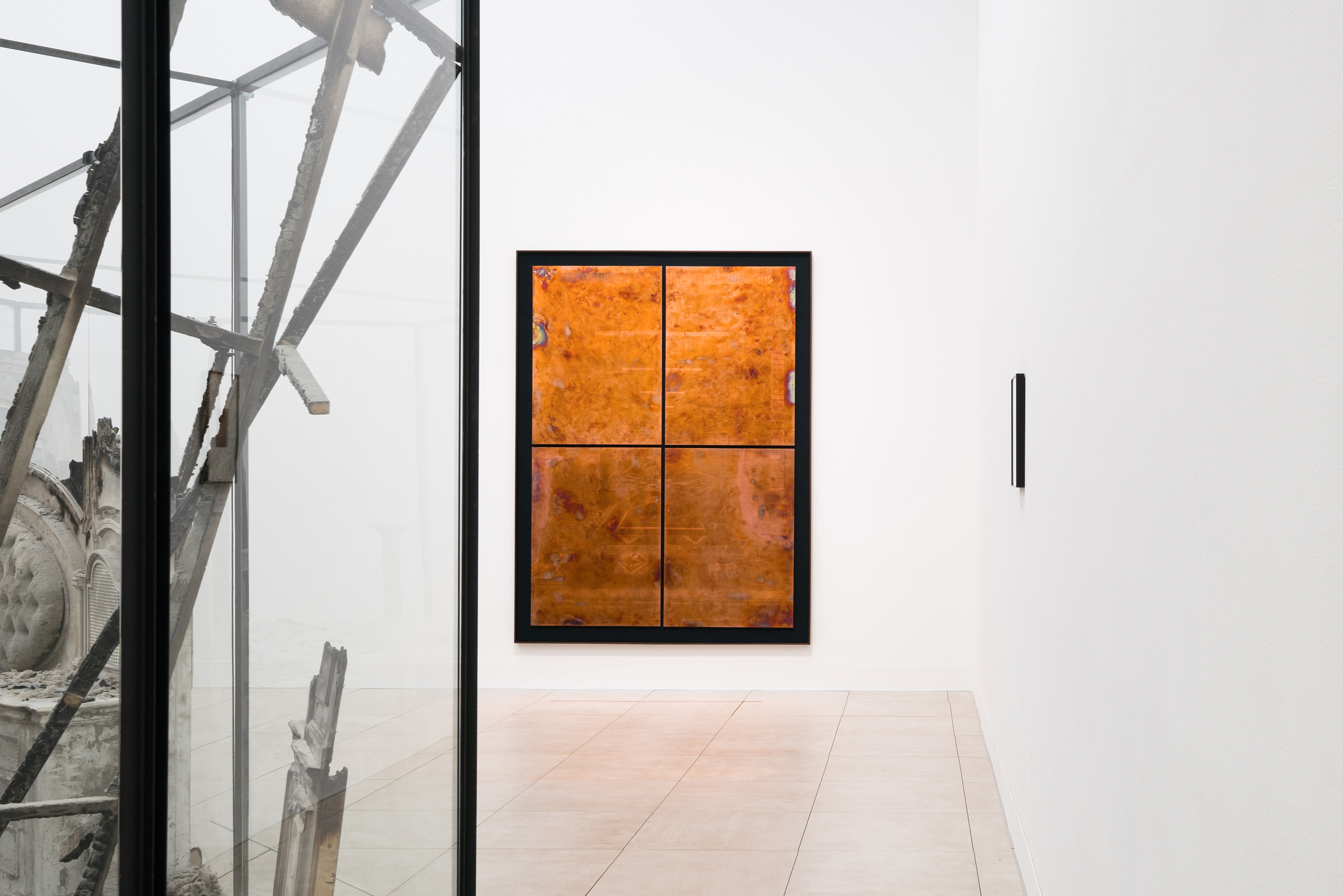 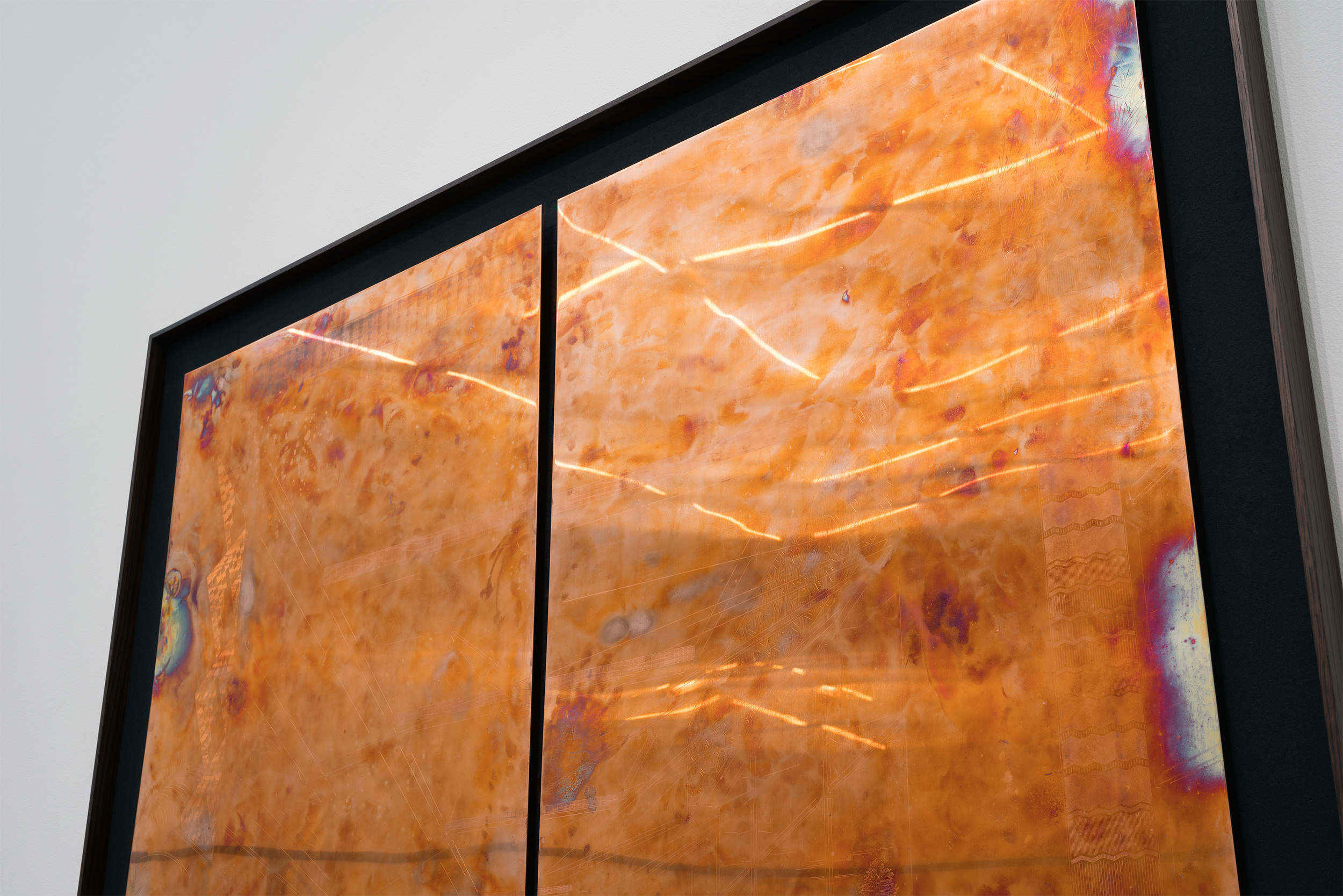 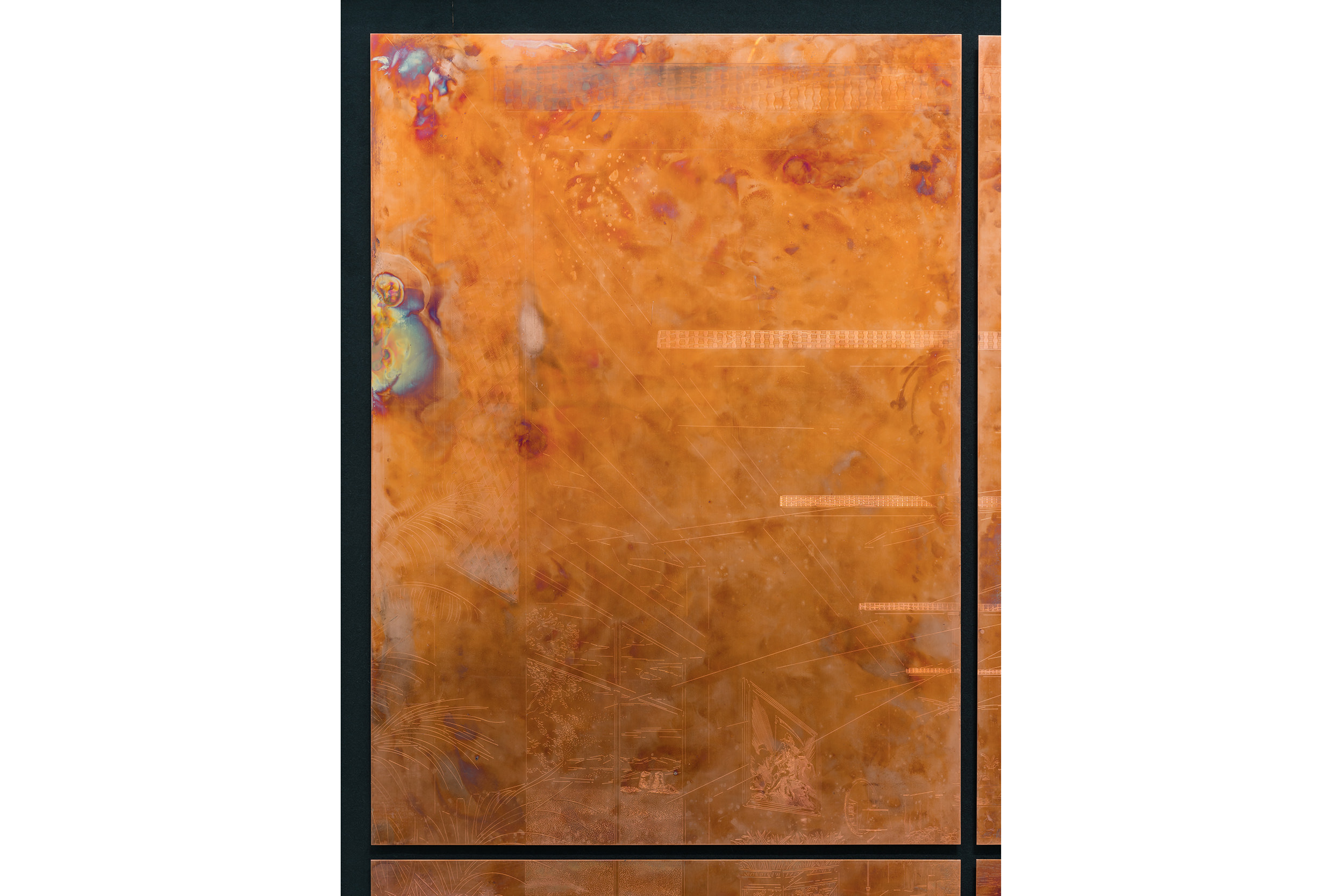 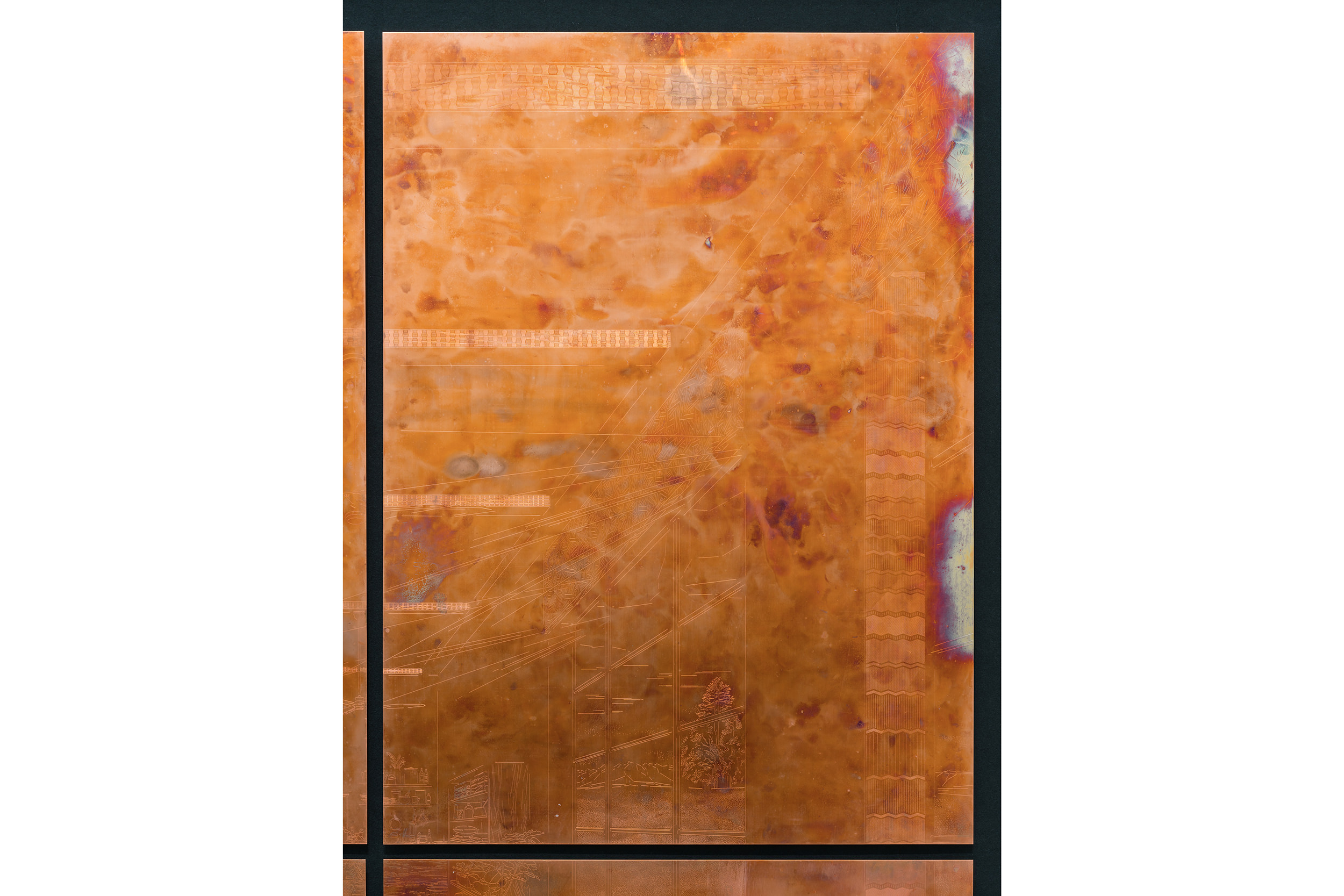 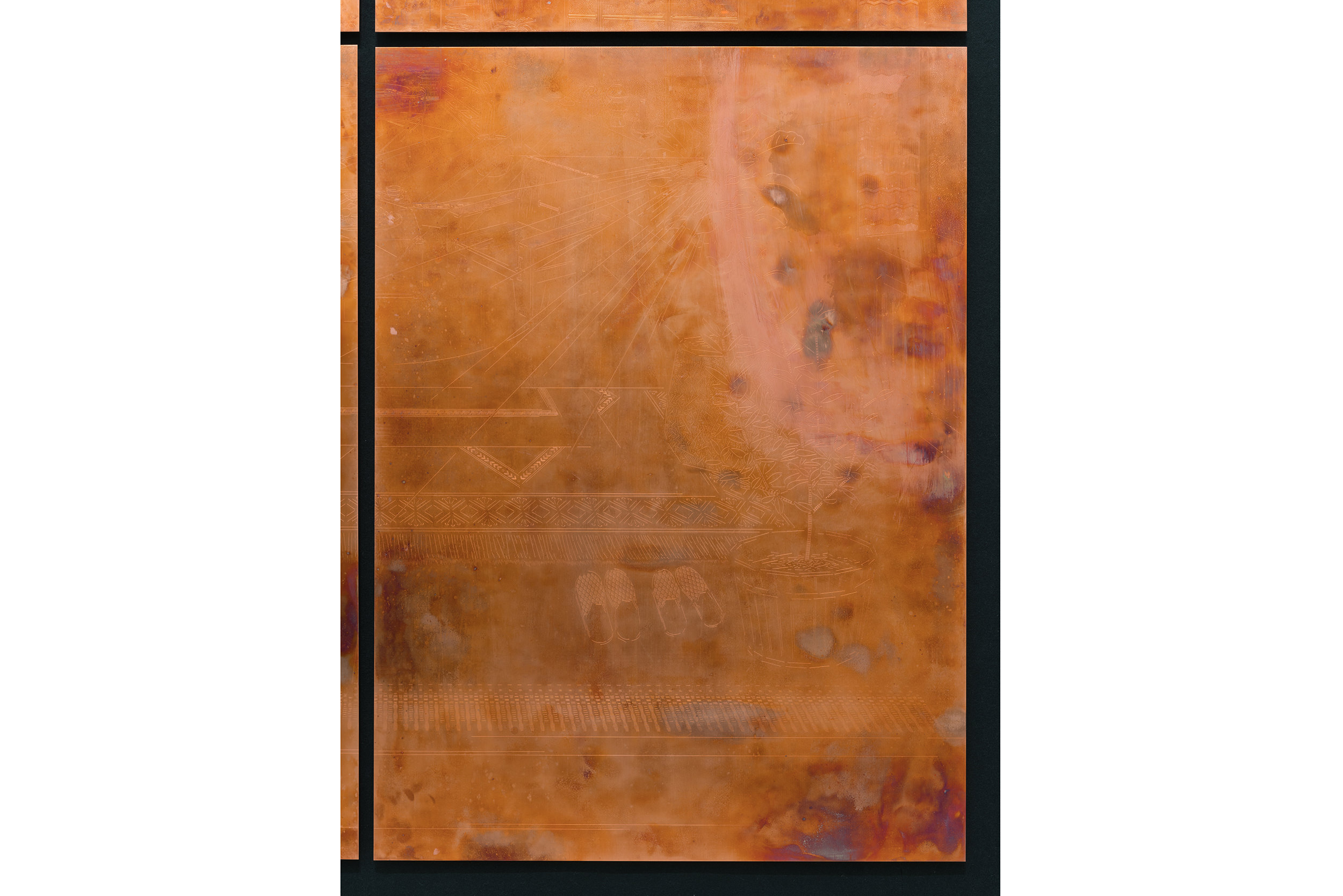