This video footage captures the natural scenery of the mountain paths of a mountain religion in the Tohoku region of Japan. The images are captured in black and white, as a cycle quietly runs through heaven and earth, from the mountains of the moon at night to waterfalls, misty plains, and the mountains of the sun. The film, composed entirely of black and white nature scenes that Eugene Kangawa has been shooting since 2014, has been acclaimed as a documentary film that continues to circulate unattended, even in the midst of the coronavirus crisis, and has won top awards at the Brooklyn International Film Festival, Amdocs and other Academy Award® and BAFTA accredited film festivals, as well as the WorldFest-Houston International Film Festival and other official selections follow. Eugene Kangawa is the director/cinematographer.

"I felt that my experience at the time of filming, sitting in the dark waiting and waiting for the light, was similar to the current social situation.
It is also a work that I have a lot of feelings about, as it was during the filming that I came up with the prototype for 'Phantosia' and 'Image / Imagine #1 man', which are now on display in a solo exhibition at the Museum of Contemporary Art Tokyo.
The film is composed of a landscape seen from a high altitude, gradually descending, reaching a plain, and finally climbing up to a higher altitude. I edited the footage I had been shooting for several years into a short film."

The film depicts a moment in the lives of two fathers, Gabriel and Tien, and their adopted son's family. The beautiful images of the family of two fathers, one African and the other Asian, and the convoluted editing at the end of the film have led to its continued selection as an Official Selection at several international film festivals, including the Pan African International Film Festival and the WorldFest-Houston International Film Festival. It was filmed in Los Angeles with an American, Chinese, and Japanese producer and his crew.

"This film was shot in Los Angeles, USA, at the end of 2019, based on some real experiences of my own.
After meeting the actors in auditions, we changed the synopsis and decided on the setting, including the fundamental aspects such as being African and Asian, and gender.
Although the 20-minute video passes in a blink of an eye, I believe it was like a long workshop. This is the first time we have seen two short films together like this.
I hope you enjoy it along with the exhibition." 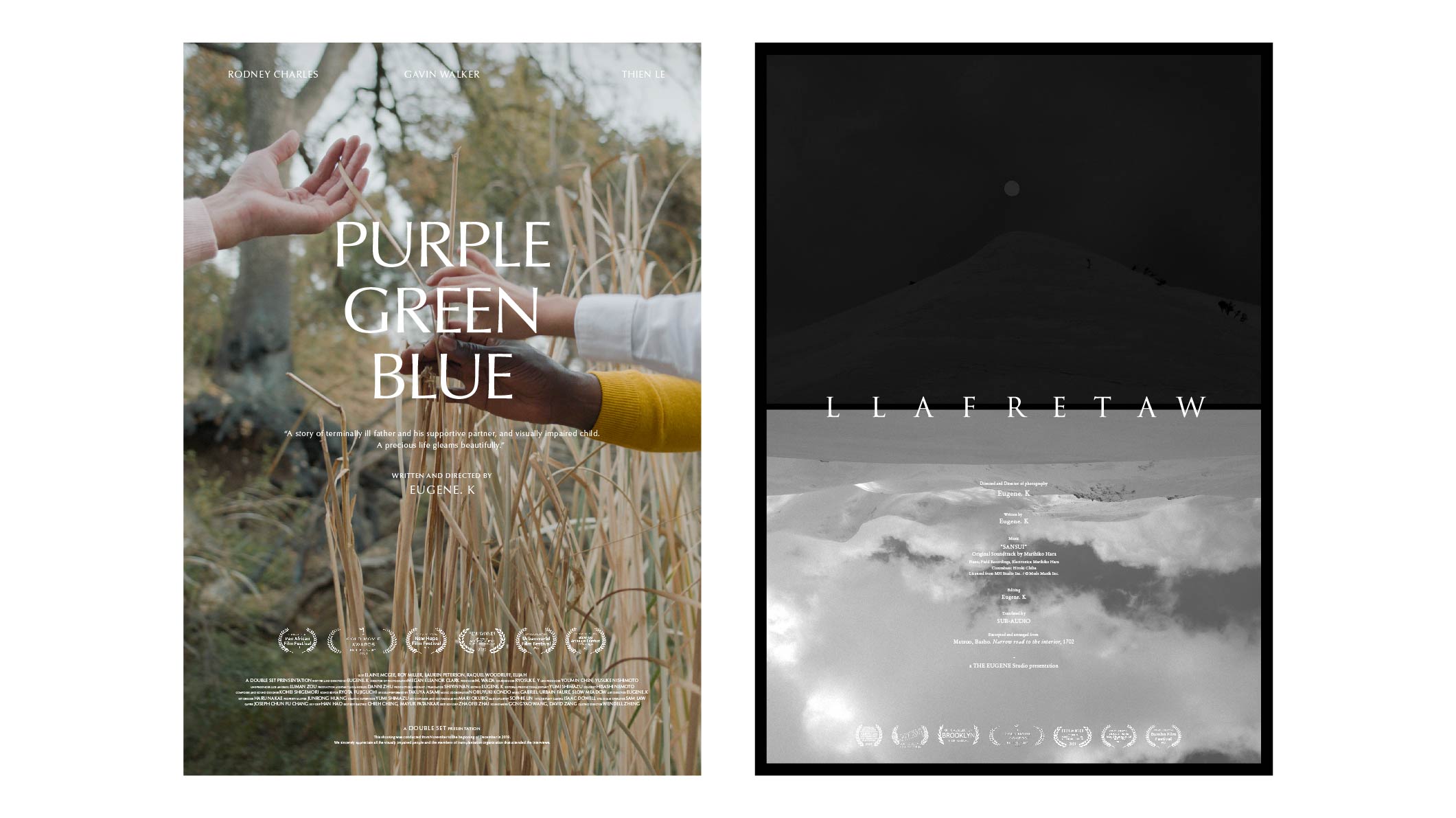 Introduction of selected film festival (Excerpt from each filmfestival's website)

"One of the Best International Film Festivals and top 10 Short Film Festivals in the United States. The RIIFF provides the kind of intimate festival experience that will change your life. Don't miss it. "
-Chris Gore, The Ultimate Film Festival Survival Guide
Now in its 25th year, the FLICKERS' RHODE ISLAND INTERNATIONAL FILM FESTIVAL celebrates the independent spirit in film and has become a haven for independent filmmakers from throughout the world.
In 2002, RIIFF was selected as a qualifying festival for Best Short Subject through the Academy of Motion Picture Arts and Sciences.”

“Although we are a fully inclusive organization and our events are accessible to everyone, discovering and promoting independent filmmakers at their first or second film is at the very center of our year-round efforts.
Many of our award-winning films have been picked up for theatrical releases, nationwide broadcasts on PBS and HBO, and to be nominated and awarded by the British Academy of Film and Television Arts (BAFTA) and the American Academy Awards. BFF is also a proud Canadian Screen Award qualifying festival.”

“Did you know each year a transformation happens in Los Angeles, CA? People from around the globe gather to attend the largest and most prestigious Black film festival in the United States. From 100 million dollar blockbuster premieres to newly emerging Hollywood talent, The Pan African Film Festival (PAFF) showcases a broad array of Black creative works from the world over, highlighting those that reinforce positive images and help to destroy negative stereotypes. Nowhere else can audiences find this unique opportunity to come together through film and art to explore new worlds, meet new people and acquire new information and ideas.
PAFF is designated as an official qualifying film festival for narrative live action and animated short films for the Academy of Motion Picture Arts & Sciences.”

“Welcome to Carmarthen Bay Film Festival, the highly successful BAFTA Cymru and now BAFTA British Short Film Competition Qualifying Festival.
We are honored to have been added to the BAFTA British Short Film Competition B list of qualifying festivals and one of only two based here in Wales.
Carmarthen Bay Film Festival has gone from strength to strength over the years. From our first festival in 2012, we have gone from 35 submissions to well over 1000 from 70 plus countries for our 2020 festival. Not only have the submissions increased over the years, but the number of filmmakers and festival patrons attending has as well.”